My First Visit to a Mini Store!

Yesterday, my mom and my sister took me to a miniature store in San Carlos, California to have me pick out my Christmas gifts! It was supposed to be a surprise, but they had to tell me because they were afraid of getting the wrong items since they don't know much about miniatures. I was still surprised though because I didn't know there were still miniature stores around!  I can't believe there's one near where I live. I was so ecstatic when they told me about Shellie's Miniature Mania located in old town San Carlos.


I felt like a kid in a candy store, running around, trying to look and touch everything. I had so much to see since they had so many wonderful displays. I felt like I could spend hours in there!


I've actually never seen a 1 inch scale house in person, so I was surprised how big it was! Perhaps too big for me, so I'll stick to my 1/2 inch scale. 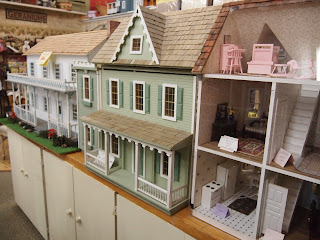 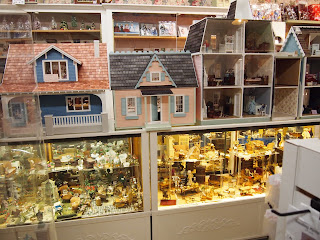 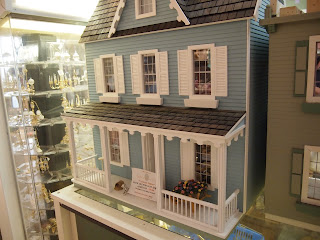 My mom and my sister bought me some furniture for my Fairfield which I will show them to you after Christmas since I can't open them until then. I had so much fun in this store! I will have to come back again real soon!

Posted by Crafter's Delights at 8:37 AM

Email ThisBlogThis!Share to TwitterShare to FacebookShare to Pinterest
Labels: Dollhouses and Miniatures, My Thoughts and Inspirations

I'm just here to share my crafting adventures! Thanks for stopping by!